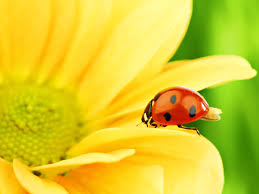 *I do NOT suggest typing the word “bug” in your search engine… Unless you want to be totally grossed out and feel itchy all over.